The Library is open for limited services. Online resources, including downloadable books & movies, are available 24/7.
Contact the library through our chat service. You can also email us at rdesk@mhl.org or send a text to 978-315-6123.

The MHL Thursday movie is coming.

The MHL monthly movies in Memorial Hall return on Thursday, September 21 at 6:30pm with Hidden Figures. As the United States raced against Russia to put a man in space, NASA found untapped talent in a group of African-American female mathematicians that served as the brains behind one of the greatest operations in U.S. history. Dorothy Vaughan, Mary Jackson, and Katherine Johnson crossed all gender, race, and professional lines while their brilliance and desire to dream big, beyond anything ever accomplished before by the human race, firmly cemented them in U.S. history as true American heroes. Directed by Theodore Melfi. Stars Octavia Spencer, Taraji P. Henson, Janelle Monáe;127 minutes; Fox 2000 Pictures. A second screening will be shown on Monday, September 25th at 1:00pm at the Senior Center at Punchard, Whittier Court. 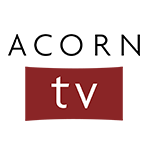