The Library is open for limited services. Online resources, including downloadable books & movies, are available 24/7.
Contact the library through our chat service. You can also email us at rdesk@mhl.org or send a text to 978-315-6123. 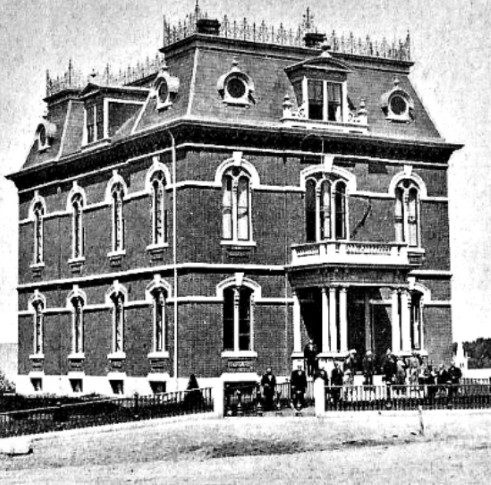 Memorial Hall Library as it looked when it opened in 1873. The original building was designed by J.Eaton & Associates of Lawrence in the Second Empire style with Italianate wrought iron details and a mansard roof. 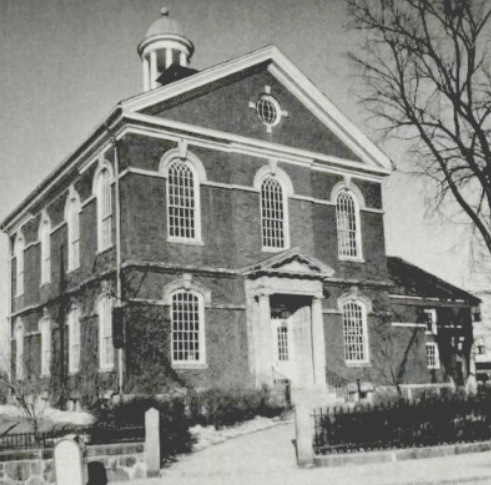 Memorial Hall Library after the 1927 (Shepley, Bulfinch) addition and renovation which altered the roofline to include the iconic pillared cupola and added a Children’s wing on the north side of the building. 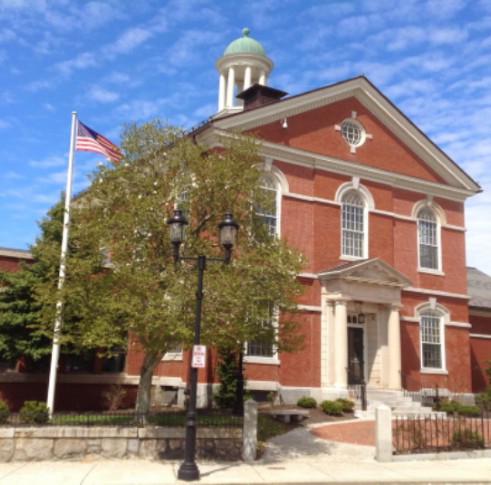 Memorial Hall Library as it appears today. A 1985 (Shepley, Bulfinch) addition and renovation doubled the square footage of the building to 55,000 square feet.

The Story of Memorial Hall Library

John Smith, his brother Peter, and friend John Dove, all from Brechin, Scotland, cofounded the Smith & Dove Manufacturing Company in Andover in 1835. The company supplied linen thread to the Union Army for boots and saddles.

“My grandfather came to this country in 1816, he brought with him a shilling, a Bible and his machinists’ tools. He had gone to work as a herdsman on Catterthun near Brechin at the age of nine and had been the chief support of his widowed mother since he was about 14. Naturally, he himself had no schooling to speak of. He had, however, great respect for learning and a perfectly modern appreciation of the possibilities of adult education. He had been able to overcome his own early handicaps; why shouldn’t others, if only the books were available? To his mind it was as simple as that. He often spoke of the good fortune for the whole family that his brother Peter, as a weaver in Glasgow, “sat beside a good man who lent him books.”

In 1870, a physician advised Smith to take an extended rest. The war (he was a staunch abolitionist) and his work had worn him down. Smith traveled to Europe. He wrote to his son that the “corner lot, where Joseph Abbott’s shop stood (in Andover before it burned down), would be a fine place for a Memorial Hall to be built… to keep in remembrance the names of those who gave up their lives in defending our flag and saving my country to God and Liberty.” He then proposed to head a subscription list for the purchase of land, construction, and building an endowment to “take care of the Library, if there should be one, and a Reading Room…”

Smith donated $25,000 to build the memorial and library with the stipulation that Andover residents raise an equal amount. Several committees were formed to fundraise during the year he was abroad. 655 subscriptions were received. However, the fund was still about $3,500 short. Then, someone remembered a soldiers’ monument fund with $4,500 in it. That money was quickly appropriated for the project.

J.F. Eaton was hired as architect and the contract was awarded to Abbott and Jenkins. In the cornerstone, laid September 19, 1871, is a list of all the Andover men enrolled in the Army and Navy during the “War of the Rebellion” and of the 46 who gave their lives in the service.

The words “Lest We Forget” are engraved over the front doors on Main Street.

Once in the Hall on Level 2, begin the tour looking at the marble tablets, then turn to the right and continue around the room.

The marble tablets are titled “To the Memory of Our Patriotic Dead.” These massive tablets list the names of all Andover residents who fought in the Civil War, their death date, and cause of death.

Also in the case are mourning rosettes that were bridle decorations at Lincoln’s funeral in Springfield, Illinois, where Holt was Marshal. The items in the case were loaned to the library by Holt’s nephew, Mr. W. H. Lemon.

A framed print of Grant hangs above a case that houses a Civil War era rifle with bayonet. Below this are two plaques. One is Logan’s Memorial Day Order and the other is the Gettysburg Address. Both were presented by General William F. Bartlett Woman’s Relief Corps, No. 127, Auxiliary to the Grand Army of the Republic, to Memorial Hall in memory of General Bartlett, Post No. 99, G.A.R., on January 2, 1928.

The large paintings to the right of the Main Street entrance to the Hall are reproductions of the two sides of an anti-slavery banner circa 1844. The original banner would have been attached to two wooden poles and displayed at abolitionist rallies and parades. Susan Dennett, Norma Gammon and Karen Herman painted the reproductions in 1996 using acrylic on canvas.

The Lincoln portrait in the case is a digital reproduction of the drawing done by Charles Alfred Barry in June 1860. This was the first portrait of Lincoln after he was nominated to be the Republican candidate for President. It was given to the Library by George Henry Torr of Andover in 1915. The original work darkened considerably over the years. It was preserved in 2014 and is currently stored in a controlled environment.

The glass cases flanking the windows contain Civil War memorabilia including a Lincoln-Hamlin broadside circa 1860, and a framed print of Harriet Beecher Stowe.

The portrait in the corner (to the left of the marble tablets) is Andover native Walter L. Raymond. In 1862, at the age of 16, Walter was mustered into the Union Army. After his first tour he reenlisted and served in the First Regiment Massachusetts Volunteer Cavalry. On August 16, 1864, he was taken prisoner. He died of disease and starvation on December 25, 1864. His story was brought to national attention by Harriet Beecher Stowe in the essay The Noble Army of Martyrs. Charlotte Helen Abbott, a friend of the family and amateur genealogist, began the tradition of placing flowers beneath the portrait on Memorial Day.